Quebec shatters record with over 2,000 new COVID-19 cases reported in past 24 hours 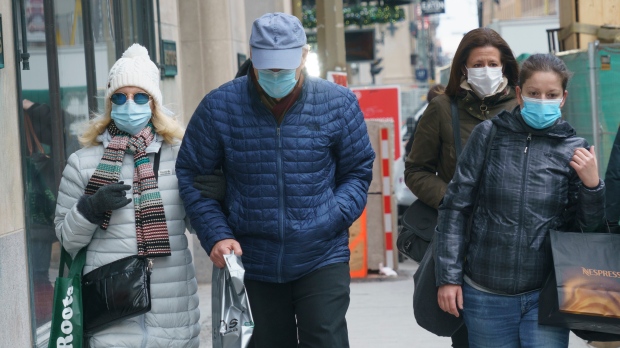 MONTREAL — Quebec set a devastating high bar Saturday in the fight against the COVID-19 pandemic when officials reported 2,031 new cases in the past 24 hours.

The province has now reported 149,908 positive cases since the start of the pandemic.

It is the first time in Canada that a daily increase in confirmed cases has surpassed 2,000 in a single province. It shatters the previous record number of new cases set on Dec. 1 when Quebec reported 1,513.

The Quebec Institute of Public Health posted a since-taken down note on its site that some of the cases were from prior days.

“We were informed that a momentary slowdown in the computer system could have caused a delay in the declaration of certain cases, but that this would ba fairly marginal number of cases,” said ministry of health and social services spokesperson Marie-Claude Lacasse.

The province reports that there are 13,846 active cases, and that 1,279 more people have recovered from the disease.

The total number of recoveries is now 128,828 in the province.

Public health authorities also reported 48 more deaths due to the disease. Of those, 11 occurred in the past 24 hours, 27 were reported between Nov. 28 and Dec. 3, eight before Nov. 28 and two at an unknown date.

The total number of people who have died due to COVID-19 is now 7,231 in Quebec.

Since Friday, seven fewer people were in the province’s hospitals being treated for the disease, bringing that total to 754. Of those, 96 are in the intensive care ward, a decrease of one.

Health-care professionals analyzed 35,391 samples on Dec. 3. (Quebec releases its testing data from two days prior to its daily updates).

The two biggest cities in the province were hit the hardest, according to Saturday’s data.

Montreal’s seven-day average was 398 before Saturday and Quebec City’s was 151.

Five deaths were reported in Quebec City (470 total); three in Saguenay-Lac-Saint-Jean (142 total), and Chaudiere-Appalaches (142 total); and two in Mauricie-et-Centre-du-Quebec (276 total), and Outaouais (85 total)