F.D.A. to Allow Use of KN95 Masks Approved by China 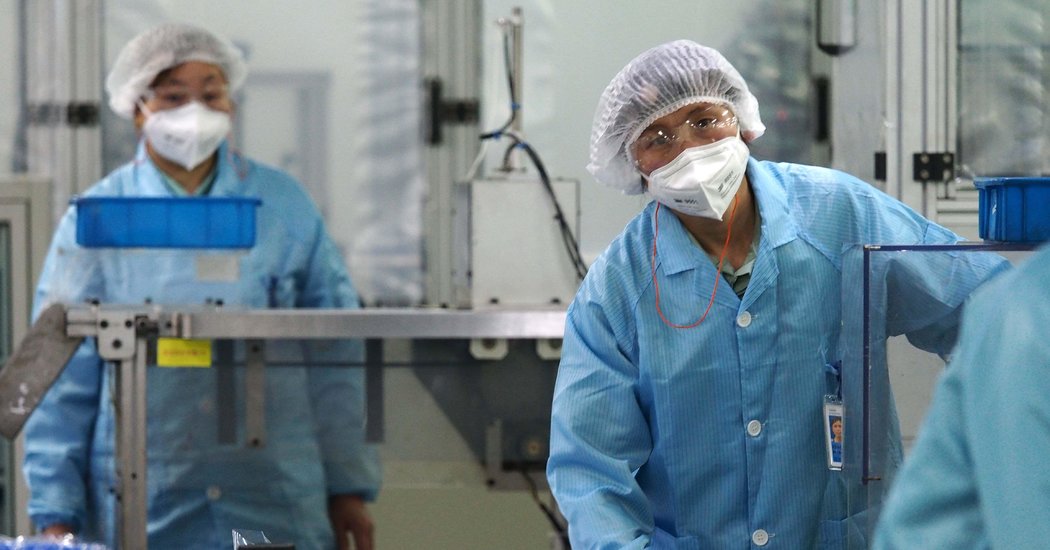 With doctors, nurses and other health care workers facing acute shortages of protective masks, the Food and Drug Administration announced on Friday that it will allow use of a more widely available mask that meets Chinese standards instead of American ones.

Hospitals across the United States are running out of N95 masks, which filter at least 95 percent of particles that are 0.3 microns or larger, including the new coronavirus. N95 masks are tested and certified by the National Institute for Occupational Safety and Health, or NIOSH, a research agency that is part of the Centers for Disease Control and Prevention.

On Friday, the F.D.A. issued an emergency use authorization for KN95 masks. Regulated by the Chinese government, they are almost identical in performance to N95 masks. There are slight differences in their specifications, like a variation in the maximum pressure the masks must be able to withstand as a person inhales and exhales.

The C.D.C. lists KN95 masks as a suitable alternative when N95s are not available.

The F.D.A. said KN95 masks were eligible for authorization if they met certain criteria, including documentation that they were authentic.

But many hospitals have not been willing to order KN95 masks because of uncertainty over whether imports would be allowed into the United States, as well as potential liability if they turned out to be counterfeit. But for some institutions, that may be a worthwhile risk if the alternative is no masks.

The F.D.A. had on March 24 issued a similar authorization for non-NIOSH masks that met similar standards in other countries in Europe as well as Australia, Brazil, Japan, Korea and Mexico. But it left off China because of concerns about fraudulent masks.

Many N95 masks are also manufactured in China, and the Trump administration is trying to compel companies like 3M to send more of those to the United States.

One Chicago-based company, iPromo, says it has been in the KN95 importing business for a month. It had previously developed relationships with Chinese supplies for its main business, churning out custom logo-adorned promotional knickknacks like mugs, water bottles, USB flash drives and small containers of hand sanitizer.

The company’s website advertises KN95 masks at $2.96 apiece for hospitals, with delivery in five to seven days, although its minimum order is 1,000 masks.

More masks are available because coronavirus transmission in China has been reduced. “They have so much stock,” said Leo Friedman, the company’s chief executive, during an interview Thursday. “They ramped up and now it’s a perfect storm of inventory.”

He said that he understood the quandary the F.D.A. faced because of the danger of counterfeits, but that his company obtains safety certificates and lab reports from its suppliers.

“We have an opinion that these are of high enough quality to be used in Chinese hospitals,” he said of the masks his company is importing. “And the public can make their own deductions.”